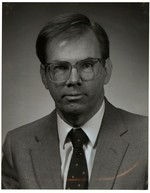 WAPPINGERS FALLS - Gary J. Lindstrom, 82, a lifelong local area resident, died on Sunday, June 19, 2022 at Wingate at Dutchess in Fishkill.
Born in Beacon on August 4, 1939, Gary was the son of John D. and Helen (Pikul) Lindstrom. He graduated high school in 1957 from Wappingers Central High School. He earned an Associate’s Degree from Dutchess Community College and Bachelor’s Degree in Physics from Marist College. He also attended State University of New York - Long Island Center, where he met his wife, Catherine Klaus. They were married on June 29, 1963, at Our Lady of Perpetual Help in Lindenhurst. Catherine predeceased him on February 28, 2021.
Gary’s early employment included A&P Market, Cecilwood Theatre, Normandy Farm, a veterinary hospital, S&S Painting, Sonotone Battery, two Atlantic Service Stations, and as a Technical Assistant to a VP at Chemical Rubber Products. This was followed by Gary’s main career as an engineer for IBM Corp. for 26 years in Poughkeepsie and East Fishkill. He left IBM in 1990 as an Advisory Engineer. After leaving IBM, Gary worked as a substitute teacher for the Wappingers Central and Beacon School Districts, a chauffeur for Arnoff Livery, as a driver for Wellesley Inn, as a Field Applications Engineer for GaSonics and in car sales for Ketcham Motors.
Gary and Cathy fell in love thanks to their Studebakers, which they both had when they met. They devoted much of their lives to all things involving the vehicle brand. Gary served as a corporate director for the Studebaker Drivers Club, Inc. for 18 years, and was an authenticity judge. Gary owned more than 50 Studebakers throughout his lifetime.
Gary is survived by his niece, Cheryl Hanssen; his nephews, Alan and Brian Warren; and several cousins across the county. In addition to his wife andparents, he was also predeceased by his sister H. Joan Warren, his mother-in-law and father-in-law, Teresia and Joseph Klaus, as well as his companion “Bear”, a Leonberger.
Calling hours will be held on Wednesday, June 22 from 4-7pm at the McHoul Funeral Home of Fishkill, Inc., 1089 Main Street, Fishkill. The funeral Service will be held at 11 a.m. on Thursday, June 23 at the funeral home followed by entombment in Fishkill Rural Cemetery.
Memorial donations may be made to the Studebaker National Museum, 201 S. Chapin Street, South Bend, IN 46601 (www.studebakermuseum.org).
For online tributes, please visit Gary’s Book of Memories at www.mchoulfuneralhome.com.