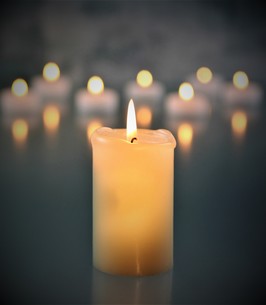 John was born in Poughkeepsie, NY on July 22, 1963, the son of Robert and Marjorie (McAllister) Jones.

On November 18, 1989, John married the love of his life Laura Polakowski at St. Mary’s Church in Wappingers Falls, NY. She survives at home.

John owned and operated Village Painting in Wappingers and co-owned Flipping Cancer where he and his partner bought and sold homes and 5% of the profit was donated to different cancer society’s.

John was a die-hard New York Giants Fan, the King of inappropriate jokes who had no filter whatsoever. He was a kind and generous man, who loved to entertain family and friends and did it often and did it well. Football and Music was his passion and enjoying it with his two sons made him love it even more.

In addition to his wife Laura, John is survived by his sons Robert and his wife Sam Jones; and Zachary and his wife Ashley Jones; his two 4-legged kids, his dear German Shephard’s Axl & Rose; his sister Tina and her husband Dave; many nieces, nephews, and friends, especially his long-time best friend Brian Zeno.

John is pre-deceased by his parents and his brother Robert Jones.

A Celebration of Life will be announced at a later date for family and friends.

In lieu of flowers, memorial donations can be made to the American Cancer Society.