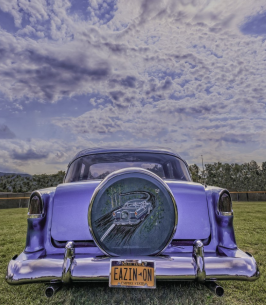 Wappingers Falls - Hubert L. Flood a long-time resident of Wappingers Falls, NY passed away on August 6, 2022, at Westchester Medical Center. He was 84.

Hubert worked and retired from IBM in Poughkeepsie, NY where he worked as a Draftsman. He then went on to be a bus driver for the next 17 years, enriching the lives and befriending all the children and parents who rode on his bus.

He was a Man of God and was a founding member of the Bethel Missionary Baptist Church in Wappingers Falls, NY where he was also part of the men’s choir and Trustee on the board.

Hubert loved basketball, he played for the Wassaic Knights earning 50 points in one single game which caught the attention of the San Antonio Spurs, who scouted him and offered him a contract to come to play for them and although the basketball bounced in a different direction, the Spurs continued to be his favorite team.

He was a true lover of classic cars, especially his 55’ Chevy Bel-Air. He was a member of the Hudson Valley Classic Chevy Club, a long-time attendee of the LEAD East Classic Car Show in Parsippany, NJ. He was an artist by nature and enjoyed drawing when he wasn’t cruising with his friends at the local car shows.

Hubert is survived by his three loving children: Krystal Powell, Gay Flood and Chad Flood and his partner Natalie LoDato. He is also survived by his siblings: Ella, Jaime, Doris, Stanley and Robert as well as many nieces and nephews.

In addition to his parents and wife he was predeceased by his siblings: Lucille, Grady, Raleigh and son-in-law Vincent.

Calling hours will be Friday August 12, 2022, from 9am-11am at the Bethel Missionary Baptist Church 2607 South Avenue, Wappingers Falls, NY with a service beginning at 11am. Entombment to follow in Fishkill Rural Cemetery.

In lieu of flowers memorial donations can be made to Wounded Warrior Project in Hubert’s name.