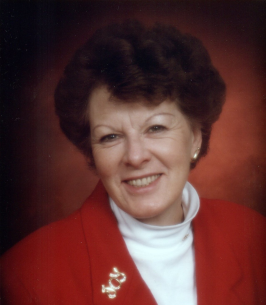 A longtime resident of Mahopac, NY, Joan loved being a wife, mother, and grandmother. She enjoyed many summers driving her Jeep Grand Wagoneer with children and pets in tow throughout New England and taking trips to Eastern Canada and Newton Hamilton, PA where her whimsical mother lived in a traditional farmhouse.

Joan relished spending time with her grandchildren, talking to her sisters on the phone for hours, making new friends, travelling, and appreciating the beauty of birds and flowers.

Her first job was at Macy’s Herald Square. When her children were in their teens, she enjoyed greeting her customers at NatWest Bank in Goldens Bridge, NY.

Joan was born on November 12, 1941, to Edward and Laurie Ramelkamp in Bronx, NY as the second of four beautiful girls. She married her loving and devoted husband James F. Greco on March 4, 1967. The US Air Force sent them to England for four years where she had her first son James and a second son Patrick. Patrick, a beautiful boy, and gift to the family, lived just a brief time on this earth. When the family returned to the States, they were blessed with the birth of their son Christopher.

Joan is survived by her husband James; son James, his wife Lisa and her loving grandchildren Ally and Ryan; son Christopher and his wife Holly; sister Theresa Wissell and her husband Walter; sister Mary Coleman; sister Anne Marie Reap; sister-in-law Patricia Perrone and her husband Joseph; and a total of eleven nieces and nephews.

In addition to her parents and in-laws, Joan was predeceased by her son Patrick; sister-in-law Jeanette Henriques and her husband John, and their son Edward; brother-in-law Bob Coleman; brother-in-law Edward Reap; and her beloved and high spirited Coton de Tulear, Rusty.

A memorial mass and interment will take place on a future date in the Spring of 2023.

In lieu of flowers, the family requests memorial donations in Joan’s name to The Dutchess County SPCA at dcspca.org or Guiding Eyes For The Blind at guidingeyes.org.