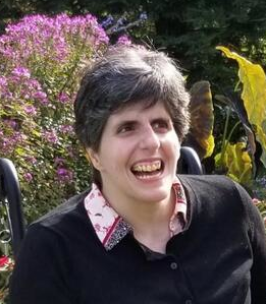 Born in Poughkeepsie on August 7, 1975, she was the daughter of Nancy (Liccardi) Bogucki. Tanya was a resident of the Cardinal Hayes Home for many years. She was a Special Olympics athlete, medaling in swimming, and she loved music especially Neil Diamond.

Tanya is survived by her mother, Nancy; her stepsister, Amy Bogucki-McIntyre and her son, Curtis; her aunts and uncles, Sylvia Braun, Elaine Liccardi, Carol, Charlotte, Inge and Hilda Johannssen, Dwayne Bogucki and Paul Johannssen; her cousins, Anthony, Laurie and Frankie Liccardi, Margaret Marshall, and Kathryn and William Daniel Walsh; and all who loved her at Cardinal Hayes. She was predeceased by her brother, David Johannssen; her father, David Bogucki; and her uncles, Frank Liccardi and Alfred Braun.

Memorial donations may be made to the Cardinal Hayes Home.