Obituary for Carl A. "Chippy" Scalici 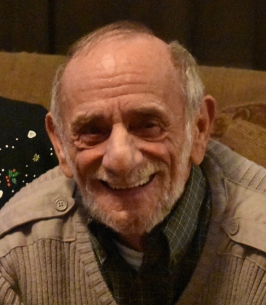 Born in Staten Island on December 15, 1940, he was the son of the late Joseph and Mary (Pallidino) Scalici. Chippy worked as a carpet installer for over 60 years until his retirement, and then continued to work for his son at Fishkill Flooring.

An avid outdoorsman, he enjoyed fishing, hunting, and 4-wheeling. He was also a coin collector. His neighbors on Scribo Lane will miss their “Mayor”.

Chippy is survived by his wife, Alice (Frost) Scalici; his children and their spouses, Christine and Michael McGuigan, Jacqueline Scalici, Richard and Toni Scalici, Carl and Dawn Scalici, Jr., and Valerie and Peter Caruana; his grandchildren, Kayla, Jessica, Tanya, Zachary, Jeremy, Michael, Bridget, Adam, Deanna, and Gina; his 12 great-grandchildren; his brothers, Jack Scalici and Richard Scalici and his wife Sharyn; many cousins, nieces, and nephews; and many special friends who he considered family.

In addition to his parents, Chippy was also predeceased by 7 siblings and 1 great-grandchild.

Calling hours will be held on Saturday from 1-3 pm at the McHoul Funeral Home, Inc., 895 Route 82, Hopewell Junction.

Donations may be made in Chippy’s memory to the Dutchess County SCPCA. Please visit his Book of Memories at www.mchoulfuneralhome.com.