Obituary for Carol A. Pilla (Terranova) 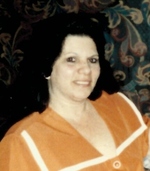 Born in the Bronx on May 10, 1945, she was the daughter of John and Anna Riccio Terranova.

On May 10, 1969 at St. Clare’s Church in the Bronx, Carol married George Pilla who survives at home. She is also survived by her daughters, Angela Baran and husband Daniel of Hopewell Junction, and Marie Pilla of Hopewell Junction; and her grandsons, Daniel and Anthony Baran.

Calling hours will be held on Wednesday from 7-9pm at the McHoul Funeral Home, Inc., 895 Route 82, Hopewell Junction. The Funeral Service will be held on Thursday at 11am at the funeral home followed by interment in Fishkill Rural Cemetery.