To share your memory on the wall of Craig Koster, sign in using one of the following options:

Born in Sussex, NJ on April 2, 1950, he was the son of the late Dennis and Shirley (Talmadge) Koster. He attended Westchester Community College. He earned his bachelor’s degree from Mercy College while also having a full time job. He worked at Phelps Memorial from 1971-1988, Pasack Valley Medical Center from 1989-2001, and then Konica Medical Imaging for over 10 years until his retirement.

Craig enjoyed working around the house and was always willing to lend a helping hand. He liked going away in the summer every year, vacationing in Montauk with his family. More than anything, Craig loved his family and cherished the time he spent with them, especially his grandchildren.

On July 17, 1976 in Irvington, he married Emilia (Soave) Koster who survives at home. He is also survived by his sons, Jason C. Koster of Weed, CA and Russell C. Koster and his wife Nicole of Mannsville; his grandchildren, Angelina and Sophia, Rosalind, Analiese, and Emanuel; his siblings and their spouses, Denise and Frank Andreotti, Cathy and Jimmy Coco, Pamela and William Shaw, Rhonda and Kenneth O’Connor, Karen and Scott Markumas, Amy Forste, and Jeffrey and Kimberly Koster; his sister-in-law, Carolina Vicchio and her husband Leo; his brother-in-law, Angelo Soave and his wife Miriam; and many nieces, nephews, relatives and friends.

Calling hours will be held on Sunday from 2-5 pm at the McHoul Funeral Home of Fishkill, Inc., 1089 Main Street, Fishkill. A funeral service will follow at 5pm at the funeral home.

Memorial donations may be made to the Maria Fareri Children’s Hospital Fund. Please visit Craig’s Book of Memories at www.mchoulfuneralhome.com.
Read Less

Consider providing a gift of comfort for the family of Craig Koster by sending flowers.

We encourage you to share your most beloved memories of Craig here, so that the family and other loved ones can always see it. You can upload cherished photographs, or share your favorite stories, and can even comment on those shared by others.

Posted Apr 06, 2019 at 07:45pm
This tree will provide the same silent safety we felt from Craig and it will provide oxygen in the same way Craig provided unconditional love, giving to the earth the way Craig gave to his family. For a life that will never be forgotten, and always have an impact, we plant a tree to honor his soul.

Posted Apr 05, 2019 at 10:07pm
Our deepest sympathy to Karen, Jeff and family. Our prayers for comfort and peace for you all at this time. Craig will live on in memory and spirit as will the tree planted in his honor. Love Lee & Debbie Bangsund XO

This tree will remind us of Craig' loving spirit and soul , his dedication to family and his love of life. Now when we look upon a tree we can think of him and know that he is always with us
Love Rhonda & Ken. 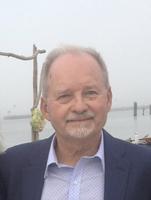