To share your memory on the wall of Barbara Cutrupi, sign in using one of the following options:

Born in Chicago, IL on September 11, 1946, she was the daughter of Thomas and Gloria (Morabito) McDermott. On December 9, 1967 in Valhalla, Barbara married Paul Cutrupi who predeceased her on December 15, 2013. They moved to Fishkill in 1972, and she was employed as a Secretary in the Town of Fishkill Building Department. She enjoyed playing cards and making baby cakes.

Barbara is survived by her children and their spouses, Dena and Sam Lunetta of Amherst, Lori and Michael Heckmann of Hopewell Junction, and Josua and Susan Cutrupi of Fishkill; her grandchildren, Sam Jr., Gina, Sarah, Kevin, Michael, and Kassidy; her brother, John Macone; her sisters-in-law, Maria Dileo, Gloria Forte, and Carmela Cutrupi; and several nieces and nephews. In addition to her parents and husband, she was also predeceased by her siblings, Debbie Scarpa French and David McDermott.

A Memorial Service will be scheduled in August.Arrangements are under the direction of the McHoul Funeral Home, Inc., Hopewell Junction.

Posted Jun 08, 2019 at 07:40am
To the Family:
May the God of all comfort ( Psalms 83:18) strengthen the family during this difficult time in your lives. Those who are sleeping in death ( John 11:11) God keeps in his memory because they are precious in his eyes. My sincerest condolences.
Comment Share
Share via: 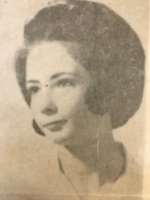