To share your memory on the wall of Walter Wierzbicky, sign in using one of the following options:

Born in Jersey City, NJ, Walter was the son of the late Walter and Cecilia (Zelaskowski) Wierzbicky. He proudly served in the WWII US Occupational Army in Europe.

Walter is survived by his children and their spouses, Ellen and Michael Clinco of Fishkill, Michael and Jean Wierzbicky of Brooklyn, Mark and Stephanie Wierzbicky of Monroe Township, NJ, and Allison and Ed Bellows of Wallingford, CT; his grandchildren, Daniel Wierzbicky, Renee Freeman and her husband Jason, Christopher Wierzbicky, Robert Bellows, and Matthew Bellows; his 5 great-grandchildren; his brother, Theodore Wierzbicky and his wife Rosalind of Lancaster, PA; and many nieces and nephews. Walter will be remembered by his family for his love of music and photography and for his enduring energy to keep active throughout his entire life.

Funeral services will be private. Memorial donations may be made in his memory to the American Heart Association. Arrangements are under the direction of the McHoul Funeral Home of Fishkill, Inc. Please visit www.mchoulfuneralhome.com.
Read Less

Posted Sep 11, 2019 at 10:48pm
Walter was always such a sociable and warm person....how he loved to break out the accordion and entertain family and friends! He seemed to always have a smile and funny stories to share. While I didn't see him often enough over the course of four decades, I did get to enjoy his upbeat nature and friendship, and know how he encouraged the future musicians in the family.
Heaven is hopping to the tunes of Walter and his accordion - polka for everyone! RIP. Noreene Sweeney, Lancaster, PA
Comment Share
Share via:
C

Posted Sep 11, 2019 at 06:45pm
I had a gig in Brooklyn several years ago, and I hung out with Uncle Walter beforehand. We had instant coffee in the kitchen of his small apt, walked around Greenpoint, and we talked about music. The funny thing I got from our talk was that he was 'getting into current rock n roll music'. He was referring to the Rolling Stones and The Who specifically. I thought it was great! He always asked how music was going in my families life and my own. I always thought it was so cool as a little kid that he played accordion. You'll be missed Uncle Walter, Love to all the family. -Your nephew, Carl Wierzbicky
Comment Share
Share via:
C

Sorry about the sideways picture.
ER

Posted Sep 11, 2019 at 03:43pm
Although I knew Walter for such a short time, he was such a sweet man. He loved sitting outside in the morning enjoying the sunshine! He also enjoyed attending current events and I'd find him in his room reading his old books. I know the girls at The Avalon will miss him. Sincerely, Ellen Tucker Roman
Comment Share
Share via:
AB

Posted Sep 11, 2019 at 03:26pm
Dad, I already miss you on a far deeper level than I ever anticipated. I posted a photo of you and I from years back. I would travel by train into Brooklyn and you would meet me in L.I.C. and we'd have lunch at the restaurant there. During one of these lunches, I took a photo of us and since then I've carried it in my wallet because it's my favorite of us.

Wish I could have just one more lunch with you!

Posted Sep 11, 2019 at 03:11pm
I do not know what to say.
Walter was my last grandparent to go.
I will always miss and love you, Grandpa.
Farewell.
Comment Share
Share via: 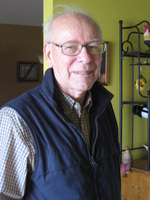 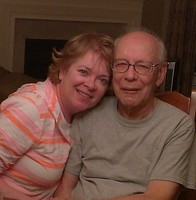 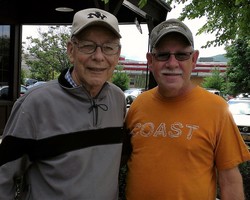