To share your memory on the wall of Robert Ulland, sign in using one of the following options:

Born in the Bronx on December 26, 1954, he was the son of Robert J. Ulland of Hopewell Junction and the late Elsie (Wassmuth) Ulland. An avid musician, Robert was an exceptional bass player. He loved his children, grandchildren, nieces and nephews.

On March 8, 1980 at St. Mary’s Church in Wappingers Falls, Robert married Mary (Donnelly) Ulland who survives at home. In addition to his wife and father, he is also survived by his daughter Jennifer Ulland of Hopewell Junction; his grandchildren, Ava Tompkins and Leo DiPinto; his devoted dog Ella; his siblings Barbara Brannen, Paul Ulland, Louise and Patrick Clark, and Elizabeth Ulland; and several nieces, nephews, great-nieces and great-nephews. He was predeceased by his son, Jeffrey Bryce Ulland, on December 28, 2002.

Calling hours will be held on Sunday from 2-5pm at the McHoul Funeral Home, Inc., 895 Route 82, Hopewell Junction. The Funeral Service will be on Monday at 11am at the funeral home followed by interment in Hopewell Cemetery.

Due to Robert’s love of animals, memorial donations may be made to the Bronx Zoo Wildlife Conservation Society https://bronxzoo.com/donate. Please visit Robert’s Book of Memories at www.mchoulfuneralhome.com.
Read Less

Consider providing a gift of comfort for the family of Robert Ulland by sending flowers.

Posted Oct 18, 2019 at 07:31pm
With Bob's passing , his family, friends, acquaintances, associates, and mankind have all suffered a great loss of a kind, thoughtful and gentle man. As we will keep him in our thoughts and hearts, so will God keep him the palm of his hand.
Rest in peace Bob.
I was honored to have shared in some of your life, Steve
Comment Share
Share via: 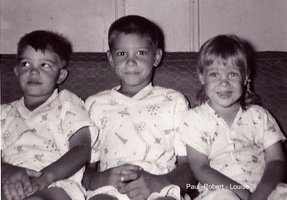 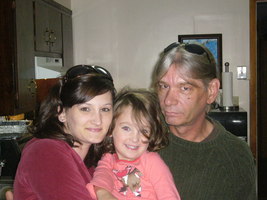