To share your memory on the wall of Walter Horton, sign in using one of the following options:

Born in Beacon on July 12, 1929, he was the son of Cornelius and Alice (Polhamus) Horton. Walter proudl... Read More
WAPPINGERS FALLS - Walter J. Horton, 90, a lifelong Wappingers Falls resident, died on December 1, 2019 at the Wingate at Dutchess.

Born in Beacon on July 12, 1929, he was the son of Cornelius and Alice (Polhamus) Horton. Walter proudly served our country in the US Army. He was employed as a Truck Mechanic for American Lumber Chelsea NY. and was a proud Teamster with Local #445 in Newburgh.

On September 13, 1955 in Rhinebeck, Walter married Alice May (Winters) who predeceased him on March 18, 2013. He is survived by his son, Thomas Horton of Plantation, FL; his daughter, JoAnn Barber and her husband Robert K. Barber Jr. of Beacon; his grandchildren, Rob and Stephanie Barber, Erin and Faul Su, Thomas Horton and Doreen Horton; and 9 great-grandchildren. In addition to his wife and parents, he was also predeceased by his twin brother, William Horton.

Calling hours will be held on Thursday from 2-6pm at the McHoul Funeral Home, Inc., 895 Route 82, Hopewell Junction. The Funeral Service will be held on Friday at 12pm at the funeral home followed by interment in Fishkill Rural Cemetery.

Consider providing a gift of comfort for the family of Walter Horton by sending flowers.

Posted Dec 05, 2019 at 04:38pm
Walt was one of the nicest and interesting Men I have ever met. I surely will miss Him
Comment Share
Share via:

Posted Dec 02, 2019 at 04:38pm
Jo-
I am so sadden by his passing. I always enjoyed the get-togethers at my mom's when we got to see both your mom and dad. I am sure your mom was there to welcome him. All our love-
Judy / Tony Mollica
Comment Share
Share via:
FS

Words cannot express the sadness I feel at the lost of Walt. 2 yrs ago when I had a health problem he was here for me with calls almost everyday to keep my spirits up and to tell me how proud he was of me. I will miss him terribly but know he is now with his beloved Alice.
Comment Share
Share via: 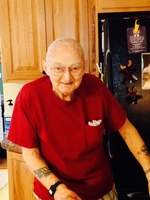 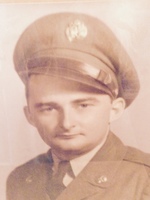