To share your memory on the wall of John Fodera, sign in using one of the following options:

Provide comfort for the family of John Fodera with a meaningful gesture of sympathy.

Born in the Bronx on January 23, 1938, he was the son of Giuseppe and Mary (Vultaggio) Fodera. John proudly served our country in the US Army and had been employed as an auditor and manager for Loews Warwick Hotel for 32 years until his retirement in 2001. John was a parishioner of St. Mary, Mother of the Church in Fishkill. He was a 3 rd Degree member of St. Mary’s Council #4065, Knights of Columbus, Fishkill, and a member of the American Legion in Queens. An avid fan of the New York Yankees, John also enjoyed old war movies and watching the History Channel.

On January 11, 1964 at St. Stanislaus Church in Queens, John married Mary Ann Boneri who predeceased him in 1985. He is survived by his children and their spouses, John and Jennie Fodera of Fishkill, Fred Fodera of Hopewell Junction, and Mary Ann and James Moakley of Queens, his grandchildren, Maryanna Fodera and fiance Jose Fernandez, Alexander Fodera, and Carissa Moakley; his great-granddaughter, Liliana Fernandez; his siblings, Rosaria Thompson, Peter Fodera and Frances Schicchi; and several nieces and nephews.

Calling hours will be held on Thursday from 2-4 and 7-9pm at the McHoul Funeral Home of Fishkill, Inc., 1089 Main Street, Fishkill. The Mass of Christian Burial will be offered on Friday at 10:30am at St. Mary, Mother of the Church, 103 Jackson Street, Fishkill followed by interment in Calvary Cemetery in Woodside.

Memorial donations may be made to the Sparrow’s Nest of the Hudson Valley. Please visit John’s Book of Memories at www.mchoulfuneralhome.com.
Read Less

Donations are being accepted for: SPARROWS NEST OF THE HUDSON VALLEY INC.

Consider providing a gift of comfort for the family of John Fodera by sending flowers.

Posted Feb 05, 2020 at 08:30pm
Always a strong father figure. He took the job of both parents when mom died. He will be missed.
Comment Share
Share via:

He was a loving & caring father to me and I loved him very much and I will miss him. He was also a wonderful grandfather & great-grandfather. 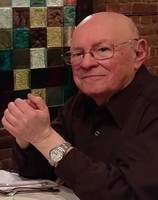 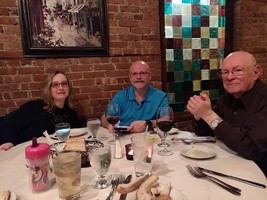 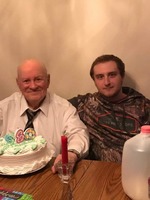 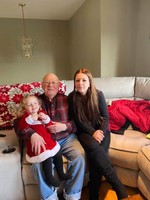