To share your memory on the wall of Nellie Ames, sign in using one of the following options:

Born at St. Anthony’s Hospital in Warwick on May 1, 1940, she was the daughter of Gwynn and Mollie (Hickey) Ames. Nellie had worked as a Registered Nurse at Horton Memorial Hospital in Middletown, NY for several years. Not being fond of New York winters. Nellie moved to California for the warmer weather and palm trees where she worked at Providence St. Joseph’s Hospital in Burbank, CA for 25 years as a Registered Nurse, and then as a Unit Secretary until her retirement in 2006.

Nellie was a parishioner of the San Fernando Mission in Mission Hills, CA where she was an active member of the Las Damas Group. She also loved traveling across the United States and around the world.

Private interment will be in the family plot at Warwick Cemetery. Memorial donations may be made to Hudson Valley Hospice. Arrangements are under the direction of the McHoul Funeral Home, Inc., Hopewell Junction.
Read Less

We encourage you to share your most beloved memories of Nellie here, so that the family and other loved ones can always see it. You can upload cherished photographs, or share your favorite stories, and can even comment on those shared by others. 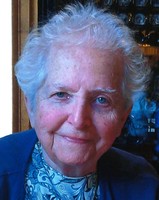