To share your memory on the wall of Philip Peluso, sign in using one of the following options:

Print
Wappingers Falls- Philip Peluso Jr., a resident of Wappingers Falls, NY, passed away on March 21, 2020 after a courageous battle with cancer. He was 45.

Philip was born on October 10, 1974 in Brooklyn, NY, the son of the late Philip S... Read More
Wappingers Falls- Philip Peluso Jr., a resident of Wappingers Falls, NY, passed away on March 21, 2020 after a courageous battle with cancer. He was 45.

Philip was born on October 10, 1974 in Brooklyn, NY, the son of the late Philip Sr. and Elizabeth (Mahoney) Peluso.

In September of 2007, Philip made a life changing commitment and decided to get sober. Throughout his continued sobriety, he helped many people along the way in their sobriety either “In the rooms” or during his time spent working at Joe’s House in Poughkeepsie as house facilitator and then house manager. Phil most recently worked for the Wappingers Central School District as an HVAC-Mechanic.

Philip will forever and always be remembered as a loving, devoted, stand-up, husband, father, family man and friend.

On August 10, 2013, Philip married the love of his life, Kathryn (Katie) Luchnick. She survives at home.

In addition to his wife Katie, survivors include his two children Jackson David and Abigail Elizabeth; siblings Tom and his wife Laurie Peluso Poughkeepsie, NY, Joanne Peluso of Beacon, NY, Camillus Peluso and his wife Kelly of Florida; mother and father-in-law Trish and David Luchnick of Verbank; brother and sister-in-Law Stuart and Emily Gurney; aunt Catherine Peluso, and many nieces and nephews.

A celebration of life in Philip's memory will take place at a later date.

In lieu of flowers, memorial contributions can be made to the gofundme account “Peluso Family Assistance” set up for his children.

We encourage you to share your most beloved memories of Philip here, so that the family and other loved ones can always see it. You can upload cherished photographs, or share your favorite stories, and can even comment on those shared by others.

Posted Mar 25, 2020 at 09:55am
Phil and I were friends in high school. He was a very talented artist, loved baseball, music and had the best sense of humor. He had such a sweet soul and was one of my favorite people ever. I bet he really enjoyed being a husband and father. I’m heartbroken for his family’s tremendous loss. Sending prayers and so much love to Katie and their beautiful children. So many of us will carry Phil forever in our hearts. Posted Mar 24, 2020 at 10:43pm
RIP Peewee, you will always be remembered as the funny, happy, kind soul I met in high school.
Condolences to his beautiful family. I have no doubt he was a wonderful husband and father.
💙 Barbara Posted Mar 24, 2020 at 06:00pm
On behalf of the entire Peluso family, I would like to thank all the nurses and doctors at Mid Hudson Regional Hospital who stayed with Phil until he passed. Treating him like he was a part of your family. Your kindness has not gone unnoticed.
Comment Share
Share via: 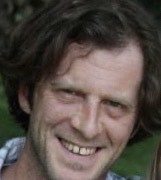 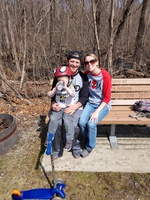 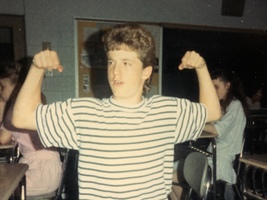 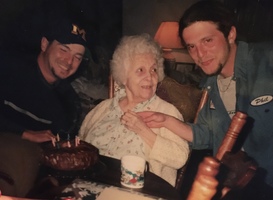