To share your memory on the wall of Joseph Healey, sign in using one of the following options:

Print
Joseph V. Healey, 84, a resident of Chestnut Ridge, NY and previously of Poughquag, died peacefully on November 10, 2020 at home.

Born on December 20, 1935 in the Bronx, Joseph was the son of Francis E. and Theresa (Falcone) Healey of ... Read More
Joseph V. Healey, 84, a resident of Chestnut Ridge, NY and previously of Poughquag, died peacefully on November 10, 2020 at home.

Born on December 20, 1935 in the Bronx, Joseph was the son of Francis E. and Theresa (Falcone) Healey of Stormville. He proudly served our country in the National Guard during the Korean War. He attended Mount Saint Michael High School in the Bronx and upon graduating enrolled at The LaGuardia Airport School of Aeronautical Engineering. He had a mind for math and logic which led to many successes in his life. His greatest passion was sailing. Starting as a teenager in the Bronx where he raced star boats on the east river, he then moved on to larger racing sail boats and was an avid competitor for his entire adult life on Long Island Sound and beyond. He was a member of the Buzzards Society which is an honor bestowed to those who have completed more than 10 Vineyard Races. In recent years, he and Ingrid traveled the US with their Motor Home visiting most of the Western National Parks. He loved the outdoors and whether he was trout fishing in an Adirondack stream or behind the helm of his sailboat, he was truly happy with the wind in his hair, and a wave off his stern.

Survivors include his wife, Ingrid Allison; his children, Joseph E. Healey and his wife Betty Ann of Stormville, John Healey of Ashton, ID, Kathleen Healey of San Francisco, CA, Theresa Healey and her husband Frederick Abberley of Hobe Sound, FL and Patricia Tracy and her husband Donald of Howell, NJ; his grandchildren, Donald and Elizabeth Tracy, Kyle Cullen and Kevin Healey; his brother, Frank E. Healey, Jr. of Stormville; and Ingrid’s family, Wendy, Dan, Julia & Lucy Syvarth, Debbie & Jim Duffy and many extended family and friends. He was predeceased by his son, Thomas in 1997, his sister, Joan Haire and his parents.

Calling hours will be held on Friday from 5-8pm at the McHoul Funeral Home, Inc., 895 Route 82, Hopewell Junction. The Mass of Christian Burial will be held on Saturday at 10am at St. Denis Church, 602 Beekman Road, Hopewell Junction followed by St. Denis Cemetery. PLEASE NOTE: In compliance with NYS guidelines, social distancing and face masks will be required and capacity may be limited.

In lieu of flowers memorial donations may be made to United Hospice of Rockland, 11 Stokum Ln, New City, NY 10956. Please visit Joseph's Book of Memories at www.mchoulfuneralhome.com.
Read Less

Consider providing a gift of comfort for the family of Joseph Healey by sending flowers.

Posted Nov 16, 2020 at 08:58am
Steve Caserto
Or Stevie as Joe called me. I’ll always remember our sail on the Ticonderoga from Newport to Stanford, the weather was nasty so I spent most of the time hanging over the side. I was just a loose Cannon on that one cuz so thank you for being so patient with me. I always loved you Joe and always will.
To Ingrid and the family there are no words as to how I feel about Joe’s passing, he was one of the greatest men I have known in my life. I will always remember my cousin for his good nature and the free spirit that he was, I am so fortunate that our souls crossed paths in this life. I am deeply sorry for your loss, but we all know that Joe is still out there somewhere sailing with a following sea.

Thank you Stevie. Such a great memory to share about Ticonderoga. He was indeed a free spirit. Much love to you and your family. Theresa Healey (Joe's daughter)
KR

Posted Nov 15, 2020 at 10:29am
For Ingrid and my cousins:
Words cannot express how happy I was to see you and Joe Last year. He was the kindest and most patient person. When I was a
six year old child I remember visiting my Uncle Frank and Aunt Teresa in the Bronx. Joe was a teenager at that time. He was building balsa wood airplanes with his friends the Gilbert brothers and George. A few times I sat a watched them enjoying themselves in the basement. Joe was always kind and never told me to "beat it". When I saw Joe and Ingrid we talked and laughed about the past. What a blessing to see him one last time. I know that he is in heaven with my cousin Joan and Uncle Frank and Aunt Teresa sailing with them across the ski. Farewell to the best cousin.
From: Kathleen Dugan Ross
Naples, Florida
Comment Share
Share via:
TH

Thank you Kathleen, so kind of you to share your memory and plant a tree in my Father's name. Much love to you and your family. Theresa Healey
SM

Posted Nov 12, 2020 at 03:35pm
Ingrid - As you know Joe was my landlord for a little over a year. He stopped by often to talk and work around the place (mostly talk). Most of the time I got the feeling he just like to ask me to do things for him so he had someone's chops to break. i let him get his way sometimes but not always. He was a good guy and seemed to like the back and forth banter. He will be missed. If you need anything please let me know. My sincere condolences go out to you and your family.
Steve Murphy 11/12/20 (aka his favorite tenant)
Comment Share
Share via:
TC

Posted Nov 12, 2020 at 02:57pm
I knew Joe for too short of a time. We sailed together for years and he taught me something new every day. God bless you Joe and may the winds be at your back forever!
Comment Share
Share via: 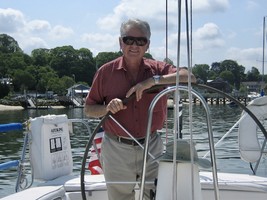 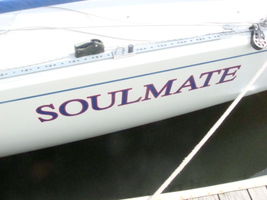 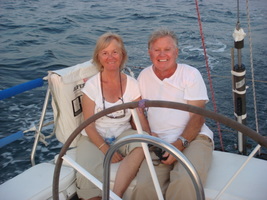 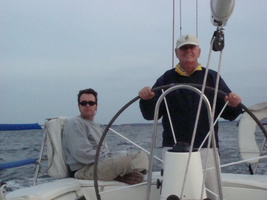