To share your memory on the wall of Robert Dwinall, sign in using one of the following options:

Born on August 17, 1945 in Middletown, Robert was the son of the late Robert Edmund and Audrey Jean (Bennett) Dwinall. He proudly served in the US Navy dur... Read More
EAST FISHKILL - Robert Frank Dwinall, 75, died on December 2, 2020 at his home.

Born on August 17, 1945 in Middletown, Robert was the son of the late Robert Edmund and Audrey Jean (Bennett) Dwinall. He proudly served in the US Navy during the Vietnam War. In 2008, Robert retired as Senior Systems Analyst at IBM in East Fishkill after 42 years of service.

When his children were young, he was their basketball coach and Cub Scout and Boy Scout leader and master. Robert will be remembered as a selfless man who enjoyed volunteering his time in the community. He liked to watch action and comedy movies. Known to many as a “fix-it” man, he was also great with technology. Most of all, he loved spending time with his family.

On March 8, 1980 in Fishkill, he married Teresa (Kaiser) Dwinall who survives at home after 40 years of marriage. He is also survived by his children and their spouses, Robert S. and Jennifer Dwinall, Helen and Joseph Staniszewski, Jr., Richard F. Dwinall and Katrina Prest, Eleanor and John Macina, and Sarah and Paul Catherall; his 6 loving grandchildren; his sister, Patricia Horton; numerous nieces and nephews; his devoted cat, Opal; and his grand pets who loved him dearly.

Private services will be held.

Donations may be made in Robert’s memory to the Dutchess County SPCA. Please visit his Book of Memories at www.mchoulfuneralhome.com.
Read Less

Posted Dec 05, 2020 at 05:22pm
I just heard this sad news when Matt texted me. Very sorry to hear this news. I saw Bob last summer as I was leaving an eye doctor appointment. It was good to see him and say hi. I have many happy memories of Bob, Teresa and whole family and my condolences go out to all of you and your families. Katy Pietrogallo
Comment Share
Share via:
PH

Posted Dec 05, 2020 at 03:04am
Dear Teresa and Family,
My brother was a quiet man so when he spoke one listened intently . He once told me he was a very wealthy man. His wealth was measured in his family that he so happily helped to create. He completely adored you all . I know he lives on in each and everyone of you. A life well lived just the way he always hoped it would be. Yes ...he truly was a wealthy man. May he rest well and may all of you find comfort in the deep love shared.
Love,
Pat
Comment Share
Share via: 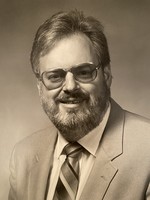